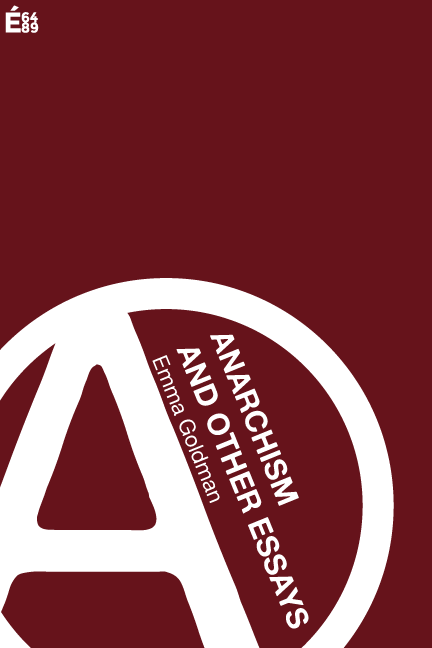 Anarchism and Other Essays – Emma Goldman

Emma Goldman was a radical without parallel. Her drive and her commitment to her politics has led to her being an oft-quoted figure representing radical feminism, revolution, and anarchism. The fact that some of those quotes are aprocryphal–there is no solid evidentiary support to suggest that Goldman ever did say that “if I cannot dance, I want no part of your revolution”, no matter how powerful a quote that is–are more support than detraction of her reputation as a radical thinker and a radical doer.

Goldman is generally known best an an anarchist thinker. The first seven esssays in this volume show why–they demonstrate her radical vision of liberation and freedom, not only from the yoke of any particular oppressor who wields state power, though those oppressors are certainly of concern to her, but also freedom from domination through religion or through the very foundations of the capitalistic economy, the relationships of power that are articulated through structures of property. The other essays show her commitment to liberation in other ways: feminism, culture, and more.

There are no reviews yet.